A Thought for Every Word

The Novel Approach Reviews gave 4 stars to A Bell For Andy.  Thank you Rena!

Here’s a snippet from the review:

TWO MEN SHARE A HISTORY, OVER AND OVER AGAIN, IN GL ROBERTS’ “A BELL FOR ANDY”

Review: I’m an absolute sucker for reincarnation stories. It’s the idea of a second chance (third, fourth, or fifth, even?), of righting what was wrong once upon a time, of redemption, closure, etc., that gets me every time…

A Bell for Andy is all about being given another chance (a third one in this case) at correcting a past tragedy, but it comes with a wrinkle. Each man involved returns in a new life with the same personality and behavior, and with this being a love triangle, the odd man out always turns around and screws things up for everyone, forcing the process to repeat in future lifetimes until everyone gets it right. In this case, it’s Brian whose past life memories are the most important; he needs to not only remember all the events that’d led to their dilemma in their current lifetime, but also be the catalyst in finally putting things to right and allow everyone involved some closure. Motivations behind the past tragedy figure largely, and that not only involves Andy, Brian, and Mark, but also peripheral characters such as the gypsy woman who played a key role that got the ball rolling…

…The mystery is also not as straightforward as it seems at first, which is gratifying on several levels. When I thought I’d figured things out about midway through, the grand reveal proved me otherwise and kept the predictability of the tragedy at a minimum. No, it’s not a hundred percent unpredictable, but it at least veers off far more familiar paths.

Read the full review here at: The Novel Approach Reviews. 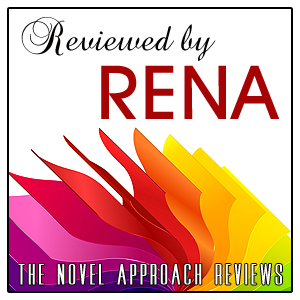 Thank you again Rena, for the great review!

A Great Review for ‘A Bell For Andy’

A Bell For Andy Interview

Thank you for visiting my blog. Please leave a comment. Cancel reply

A Pharaoh's Promise on Goodreads

Light and Shadow on Goodreads

A Thought For Every Word